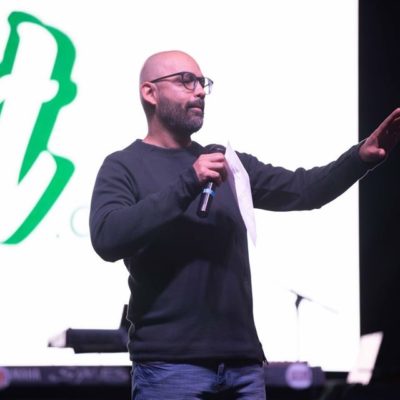 STAY FAITHFUL WHEN OTHERS DOUBT YOU

“Everyone assembled here will know that the Lord rescued his people, but not with sword and spear. This is the Lord’s battle, and he will give you to us!” 1 Samuel 17:47 (NLT)

God will give you a dream, and don’t be surprised when people try to hold you back—sometimes even the people who love you the most.

David faced four giants before he met to Goliath. They weren’t physical giants, but they were giants in his mind. We all face these giants:

The first giant was delay. In David’s case, his dad held him back. Even after the Prophet Samuel anointed David as king, Jesse told David to get back to tending sheep! No dream is fulfilled instantly. God gives you the dream one day, but he doesn’t fulfill it the next day. It may be years before you see the fulfillment of your life dream. There is always a waiting period.

The second giant was discouragement. Goliath created a climate of fear in Israel. Everybody was convinced they were going to lose the battle. But David rose up in faith and told Goliath: This is the Lord’s battle, and he will give you to us! (1 Samuel 17:47). Who are you listening to that is saying it can’t be done?

The third giant was disapproval. David’s brother questioned his motives and disapproved of him going after Goliath. When God gives you a dream that other people are afraid of, and you go for it anyway, you will be misjudged and misunderstood. You have to decide what matters more to you—the approval of other people or the approval of God.

The fourth giant was doubt. There was no greater expert on war than King Saul. He told David he was crazy for thinking he could fight a warrior like Goliath. Do you doubt yourself because some “expert” is saying you can’t do it, even though God says you can?

When you face delays, discouragement, disapproval, and doubt, hold on to this promise: This is the Lord’s battle, and he will give you to us (1 Samuel 17:47 NLT)!

WHAT DID YOU HEAR?

What did God say to you as you read today’s Scripture and devotion?

WHAT DO YOU THINK?

How does it apply to your life?

WHAT WILL YOU DO?